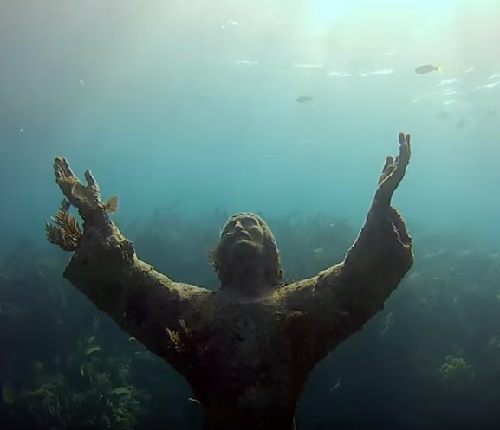 Very often the most colorful architectural sights, monuments and statues remain in the shadow of their more popular analogues. This can be caused by the unattractiveness of the tourist destination, difficult reach or their invisibility. As for the amazing statue of Christ on the ocean floor, all three factors take place.
So, we all know the statue of Christ the Redeemer. Of course, because it is in Rio de Janeiro, a good road leads to it and it is 38 meters high. But there are much less famous, but not less interesting sculptures of Jesus. In particular, Christ from the Abyss (Christo the Abbys, Christ of the Deep). The statue created by the Italian sculptor Guido Galleti on the idea of ​​the diver Duilio Marcante, appeared after underwater meditation. The 2,5 meters high sculpture of Jesus asking for peace and protection for all people of the sea (fishermen, sailors, divers). His hands and head – directed towards the sky.
Installed August 22, 1954 sculpture is at a depth of 15 meters. It is in the bay of San Fruttuozo, near Genoa, in the waters of the Italian Riviera. The place was chosen not by chance, it was there that in August 1947 Dario Gonzatti, a close friend of Duilio Marcante, died during the sinking. Over 55 years, more than 2 million divers had time to plunge into it. 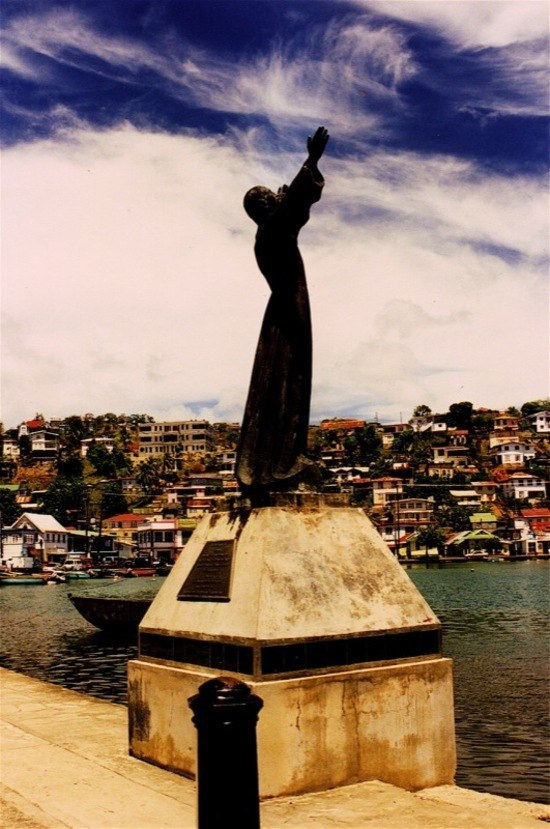 One of two copies of Christ statues. The central harbor of the island of Grenada

In general, two more bronze sculptures were cast and then scattered around the world. Yes, not just placed, but also shipped to the bottom of the ocean.
In particular, October 22, 1961, its copy sank in the Gulf of St. George, the central harbor of the island of Grenada, in the Caribbean. In memory of those killed on board the ship Bianca C, caught fire in these waters. However, later, due to some disagreements in the city administration, the statue was dragged out and placed at the entrance to the harbor.

The last, but the most popular statue, on August 25, 1965 adorned the reef near the island of Key Largo in Florida. Thanks to a small (only 8 meters) depth, it is very popular among tourists, since even a beginner diver can get to it. In addition, the place is very picturesque: everywhere there are corals and colored fish. Besides, it is not surprising that sometimes even weddings are arranged in this place.

This statue of Christ is in the Mediterranean Sea near Genoa, Italy. The images are printscreens from the video. 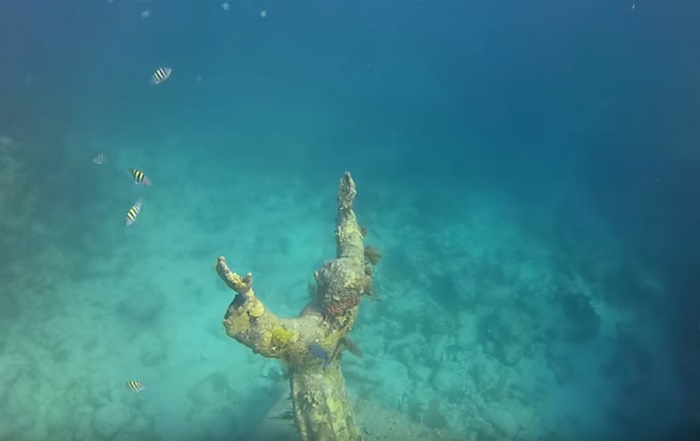 Called Christ from the Abyss 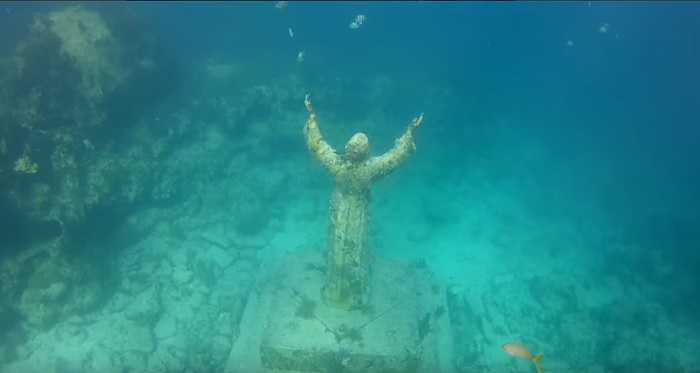 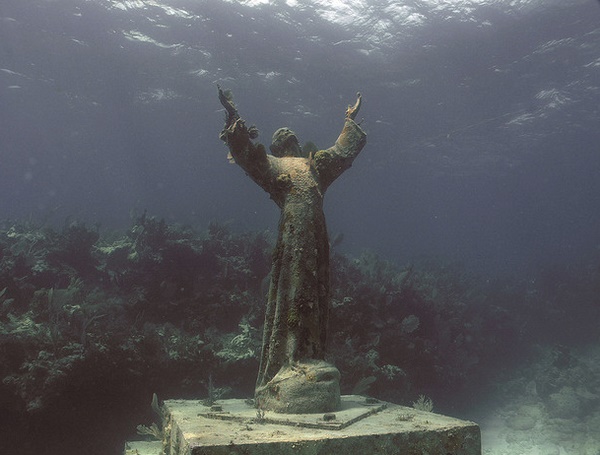 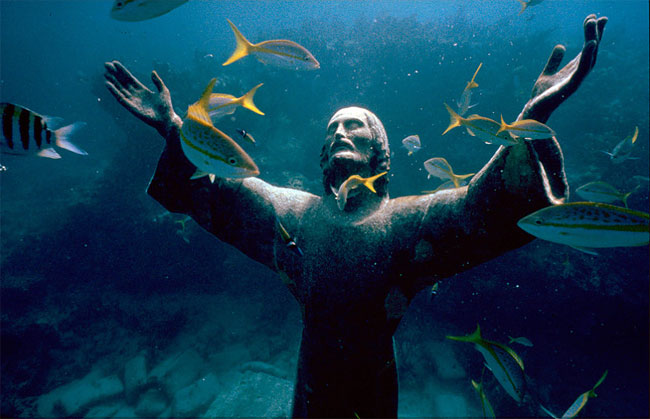 Standing on the floor of the ocean, among fish statue of Jesus 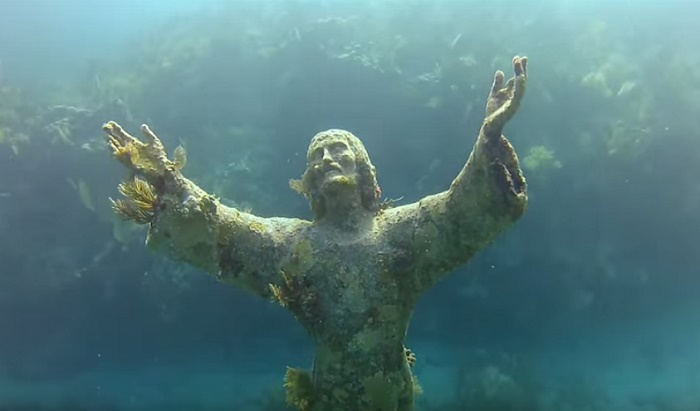 This is how divers saw the monument 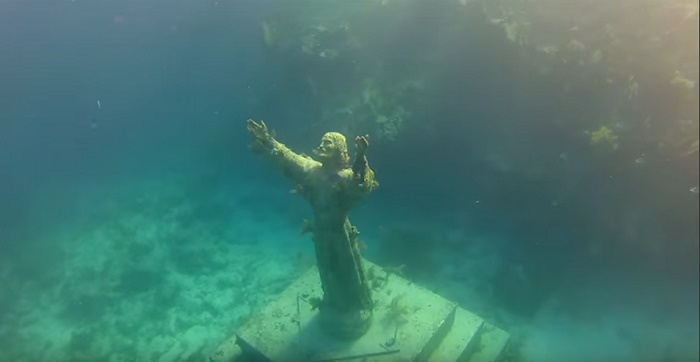