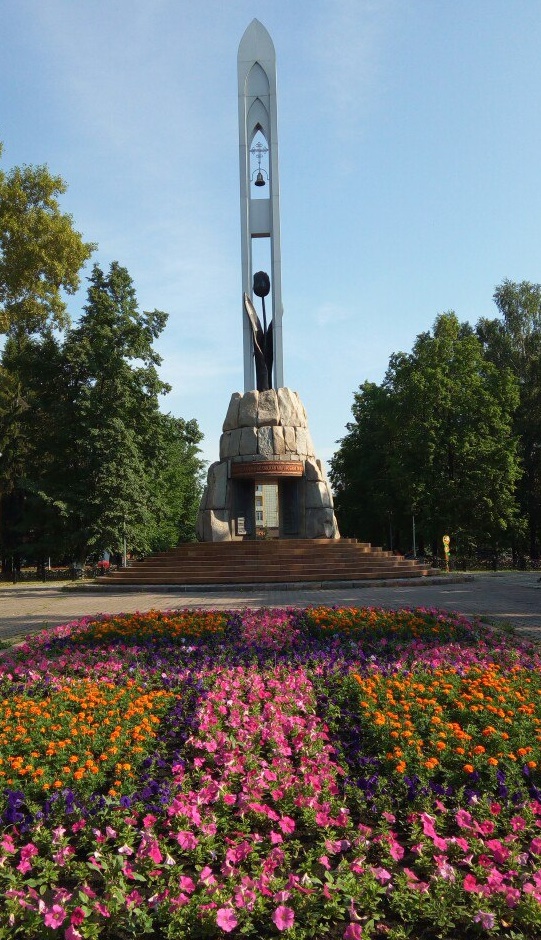 There is a beautiful memorial in the Siberian city of Novokuznetsk – Black tulip memorial complex. But most importantly, it’s really a memorable place – always there are fresh flowers. Indeed, never deserted place, where along the very well-groomed and cozy memorial walk mothers and children, students and elderly people. In summer, you can hide from the heat in the shade of trees. For the present and future generations, it is an eternal memory of the heroes, of the countrymen! The square is very clean, light, and filled with an atmosphere of respect for the historical past of our country.
The stunning monument “Black Tulip” honors soldiers – residents of Novokuznetsk, who died in Afghanistan, Chechnya and other local wars. In fact, it is an obelisk and a mournful symbol – “Black Tulip”. Also, a golden cross with a bell, a symbol of eternal memory and resurrection, raised to a height of more than 16 meters from the ground level. In addition, on installed four memorial plaques engraved the names of 85 soldiers, who gave their lives in military conflicts outside of Russia. The authors of the project Alexander Brichev and Anatoly Petrovich Mitrofanov, and sculptor Victor Gusev. The grand opening took place on August 2, 2007 in the park near the Siberian State Industrial University. 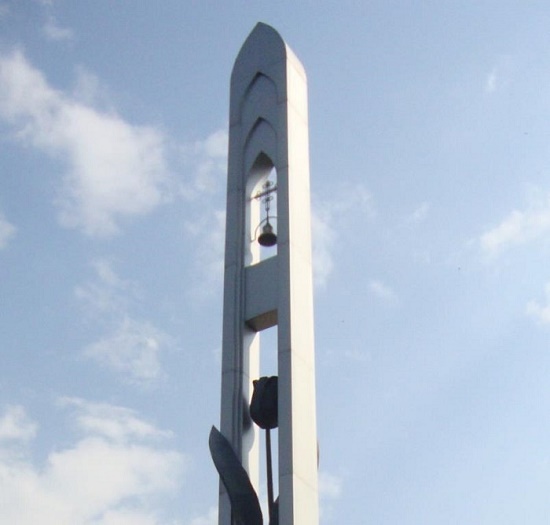 A golden cross with a bell, a symbol of eternal memory and resurrection

The idea of ​​the monument came to the general director of “Architectural and planning workshop” Alexandr Brichev and the main author of the projects Anatoly Mitrofanov in the late 1980s. In particular, the symbolic sign of victory – a cross and a bell of memory express the idea of ​​the victory of life over death.

A golden cross with a bell, a symbol of eternal memory and resurrection, is at a height of more than 16 meters from the ground level. The monument is framed on two sides by four memorial plaques, on which are carved the names of 85 names of Novokuznets, who folded their heads in military conflicts outside of Russia. The inauguration of the memorial complex took place on August 2, 2007 in the square near the SibGIU. 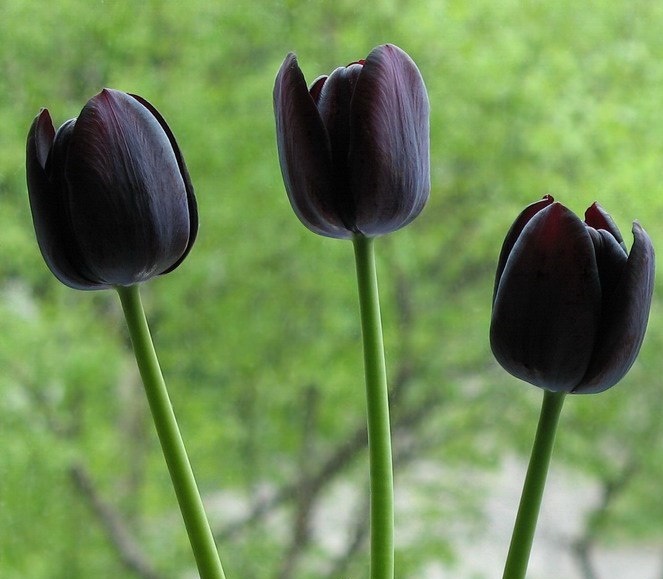 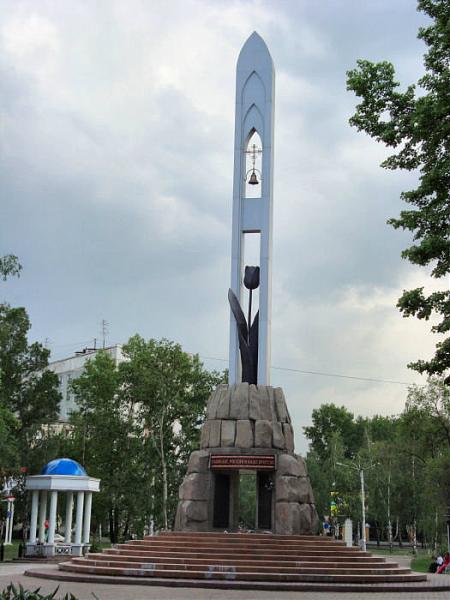 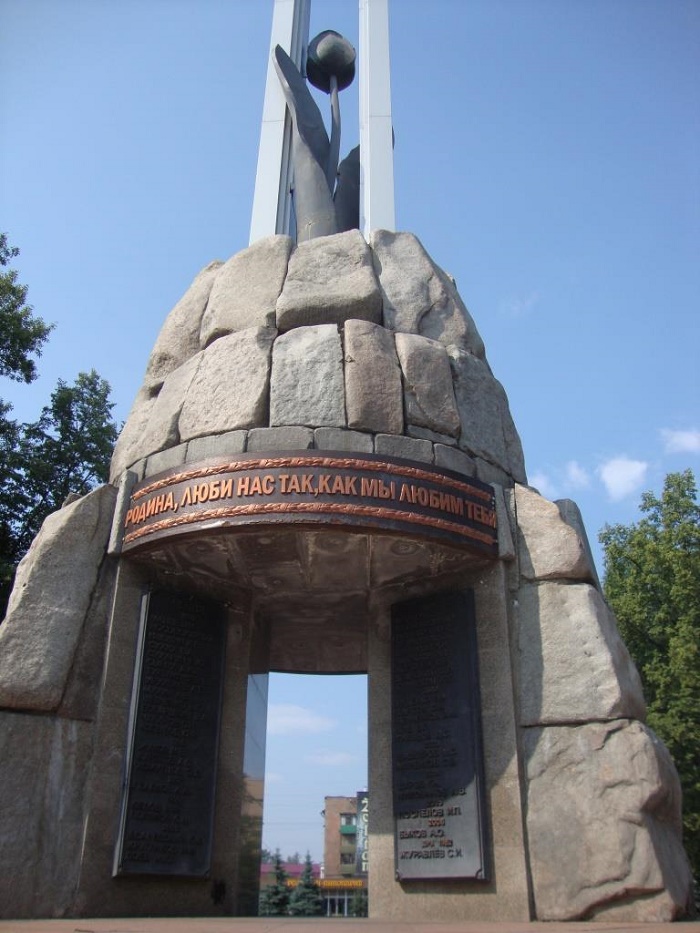 Engraved -‘Motherland, love us as much as we loved you’ 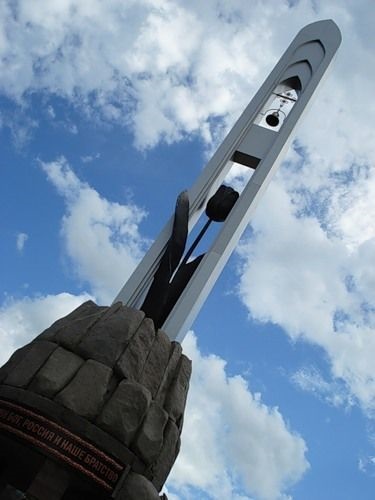 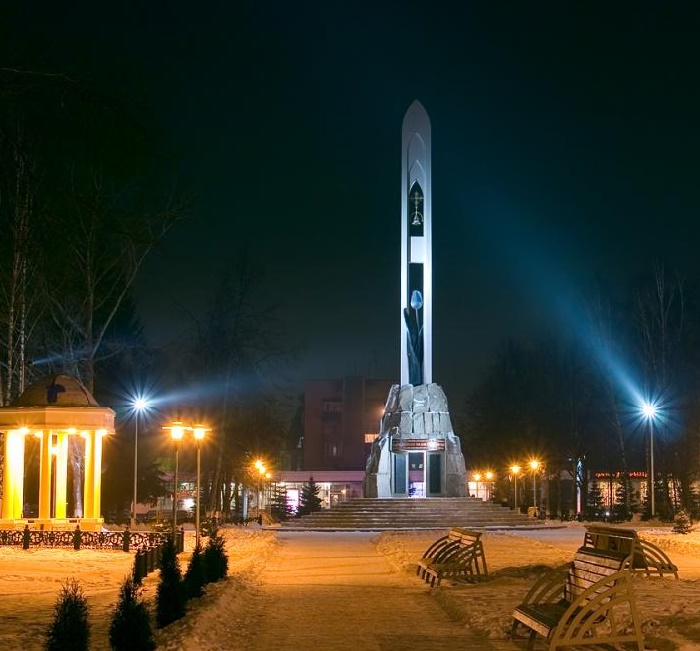 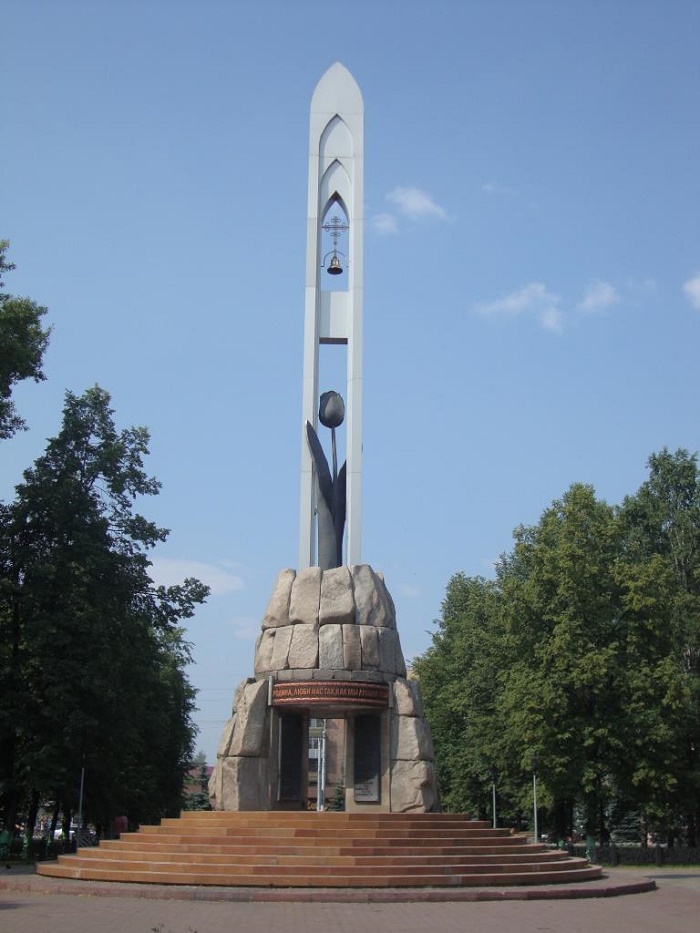 Beautiful memorial in the Siberian city of Novokuznetsk – Black Tulip 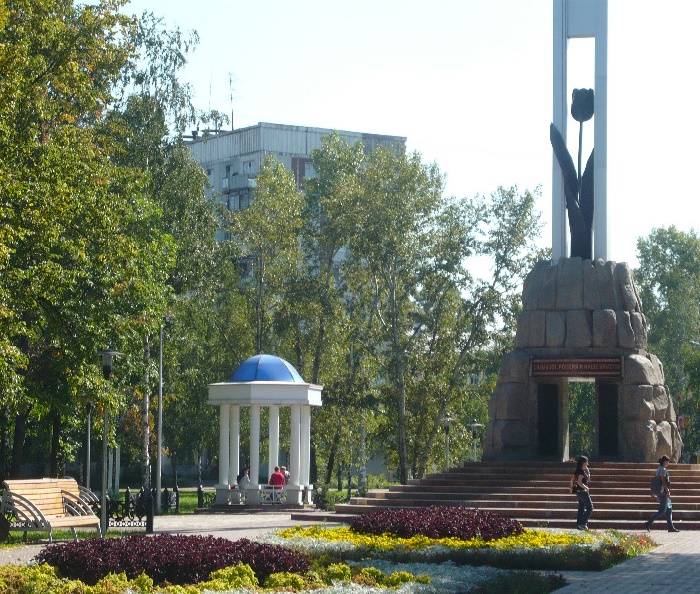 The idea of ​​the victory of life over death – Black tulip, memorial complex (Novokuznetsk) 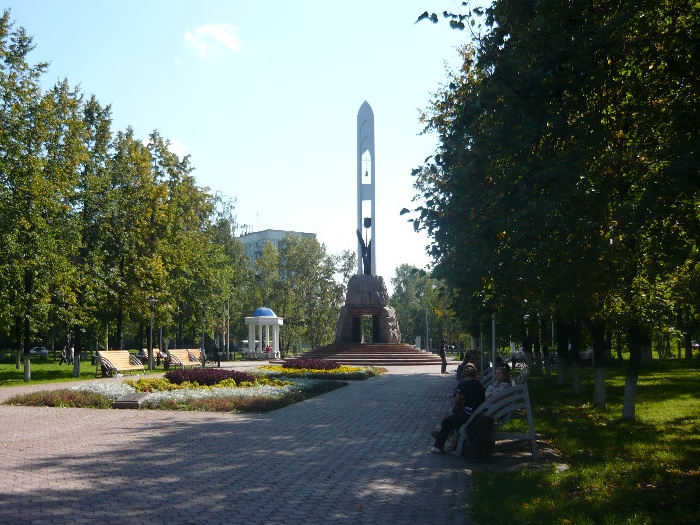 The view of the square with a memorial complex