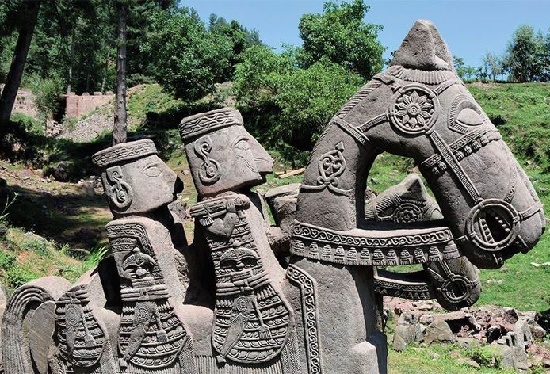 200 stone sculptures found by Russian-Indian expedition
The Russian-Indian expedition found about 200 stone sculptures of horsemen and plates with images of people and animals. Also, stone pedestals and stone basins covered in stone. In particular, the expedition took place in the Pir-Panjal Mountains (Small Himalayas) at a height of two thousand meters. Noteworthy, the presumed age of stone statues is the 6th-7th centuries.
Meanwhile, he most striking findings include stone-carved horses with two, three, and sometimes four horsemen. Costumes of warriors, their weapons, equipment and harness amaze with an abundance of details. However, the faces of the riders are devoid of individuality, although in each of them is a certain generalized image of the warrior. 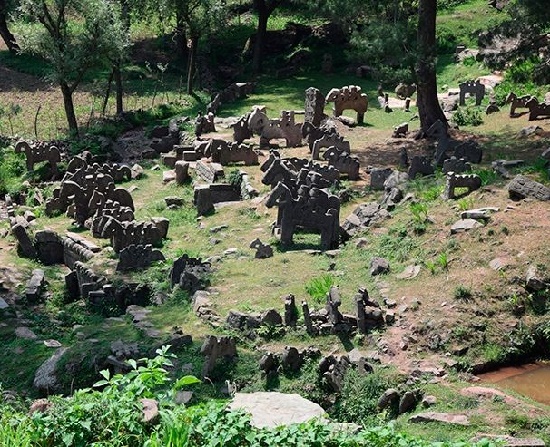 According to experts, the authors of sculptures can be Ephtalites – a tribal association of the early Middle Ages, which created a vast state in the territory of Central Asia and Northern India. In the mountain areas where archaeologist found artifacts, still live the descendants of the warlike Rajaputas, one of the Ephtalite tribes. However, the affiliation of findings to this culture is so far only a theory.

“Before us, most likely, images of heroes, ancestors, heading to a distant country, which each people represents in their own way. And in which each completes its earthly path,” says the head of the expedition, Natalia Posolmak – the chief research officer of the Institute of Archeology and Ethnography of Russian Academy of sciences. The archaeologist notes that the finds can be monuments to the dead soldiers, but their detailed study and interpretation is yet to come.

It’s hard to imagine how much time and effort it took to create such a number of cult sculptures – a mythical stone army. The more interesting it will be to find out their true meaning in that distant historical period.
Besides, of the three known tribes of the Ephthalites that settled in Northern India, she highlights militant Rajaputas, whose descendants, Dogrs, still inhabit some of the mountainous regions of this country. And particularly, the places where the scientists found these unique statues.