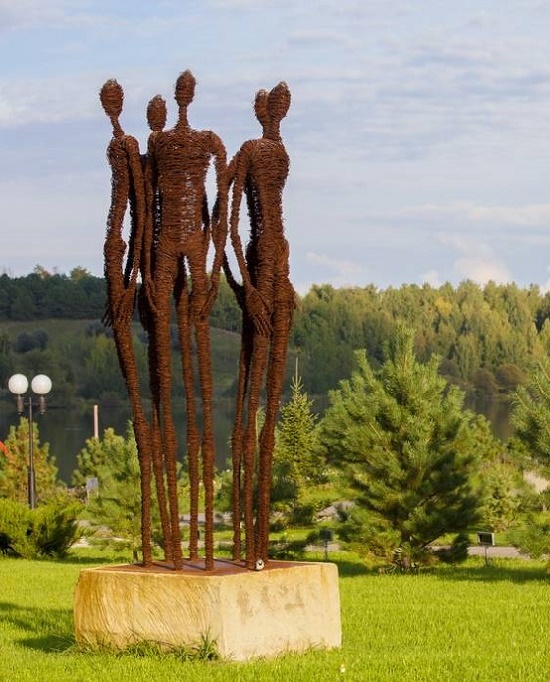 Known in Russian as “Legenda”, the sculpture park “Legend” is, in fact, the largest sculptural park in Russia and one of the largest in the world. Located on the territory of the recreational complex “Chistiye Prudy” near the village of Ramzai in the Mokshan district of the Penza region, the park has become famous for many reasons. In particular, for the annual international sculpture symposia. Besides, the park “Legenda” has 275 unique works of marble, granite, wood, metal and bronze. Noteworthy, the authors of these monuments and sculptural compositions – 178 sculptors from 59 countries.
Created in 2008 The “Legend” Park became a part of the International Sculptural Symposium “Autumn. Inspiration. Penza”, organized for private funds by Konstantin Mikhailovich Volkov, manager of the company “Rosstroy.”
First held on “Clean Ponds” (from 10 to 30 September 2008) symposium has become annual. Famous sculptors from 30 countries from all over the world came here (49 sculptors). During the symposium, the artists created sculptures from various sculptural materials on the theme “Motherhood and family”. And later the park was given the name “Legend”.
END_OF_DOCUMENT_TOKEN_TO_BE_REPLACED 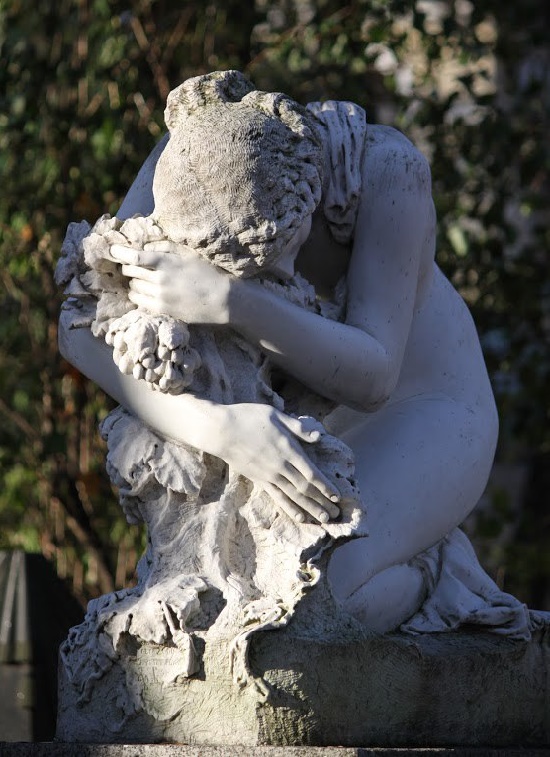 Ballerina Alla Shelest monument in Volkovo cemetery
According to Mstislav Rostropovich, Shelest was “bright on the stage and closed in life”. And the legendary Plisetskaya considered her one of the best dancers she had ever seen.
Alla Shelest was an outstanding classic ballerina of a romantic, heroic and tragic plan. But a rare ballerina was not so unlucky as Shelest.
At the age of fifteen, Shelest came to the class of Vaganova. The change in aesthetic and pedagogical requirements was too harsh and could not help leaving a trace … In the theater Shelest expected even greater difficulties. The life of a great ballerina was not strewn with roses. During the war she lived and worked in a besieged city, every day faced starvation and shelling in blocked Leningrad. For sixteen years she was doomed to duplicate the first performer of new parties … Nevertheless, Shelest achieved much. ”
According to famous ballerina Galina Ulanova, each performance of Shelest – not only the talent of the ballerina, but also the mind, and the great inner culture of the true artist. The ballerina is tragic and inspired, and always recognized by emotionality and selflessness of the dancer.”
END_OF_DOCUMENT_TOKEN_TO_BE_REPLACED 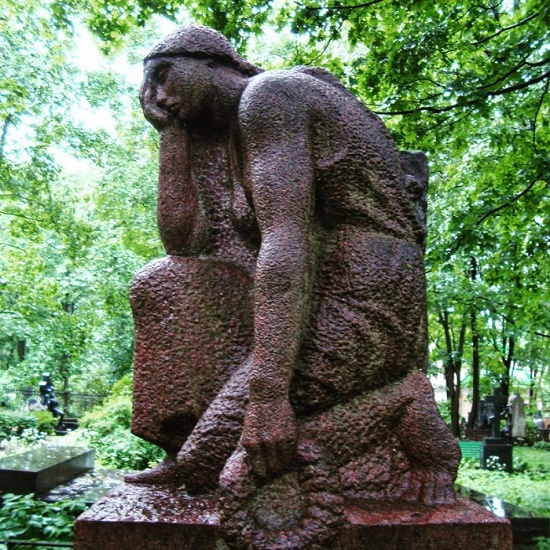 A mourning girl with a wreath in her hand – grave sculpture. Volkovo cemetery Necropolis Literary Bridges

Volkovo cemetery Necropolis Literary Bridges
Once a writer, Vsevolod Garshin, known to everyone since childhood as the author of “Frogs-Travelers,” said: “Summer, heat and longing. I want to go somewhere far away from the stone, into the greenery, into some quiet place, where the noise of the city does not reach and where there is no crowd. It is difficult to find such a secluded place: the gardens are full of people, dacha places too. I’ll go to the cemetery. If bored among the living, then where to go, if not to the dead? Talking to them, that is, reading their books. I’m tired, and going to see where they are … ”
So, six years before his tragic death, the writer spoke about the “Literary Bridge” Necropolis of St. Petersburg Volkovo cemetery, and where he rests in peace himself. Many years have passed, but we are experiencing the same feelings today when we are walking along this unique necropolis!
END_OF_DOCUMENT_TOKEN_TO_BE_REPLACED 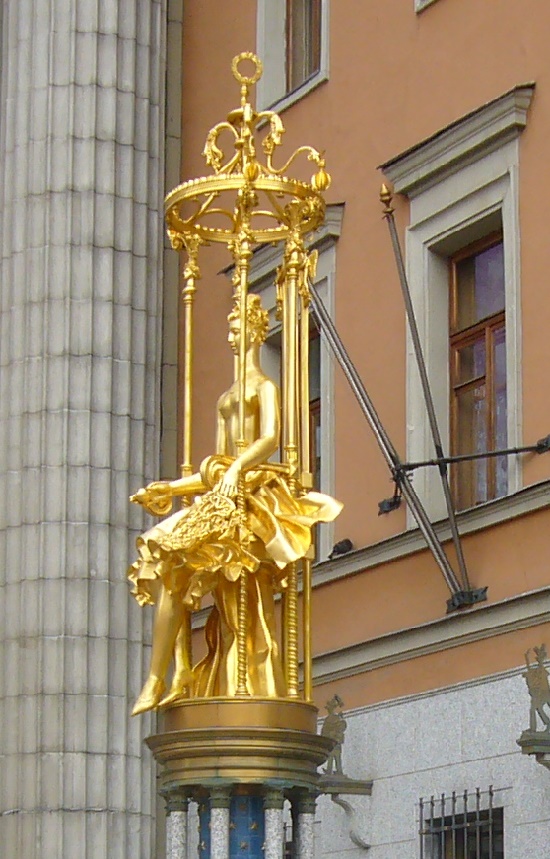 Who is Princess Turandot? According to legend, Turandot is the proud and self-willed daughter of the Chinese Emperor Altoom. In general, she is famous for her refuses to marry. And the reason is that she is sure that all men are “insidious, deceitful in heart, and they can not love.” So, to avoid a hated marriage and not upset her father, who because of her led many wars, Turandot comes up with a cunning plan. In particular, she asks to inform everyone that any prince may have a chance to marry her. But provided that she will offer the applicant three riddles, and a prince who can solve the riddles will become her husband. However, who won’t be able to solve them – will lose his head.
Meanwhile, the golden sculpture of the princess is part of the fountain, known as the “Princess Turandot” Fountain. Located on Arbat Street in Moscow, the fountain appeared in 1997 in front of the entrance of the E.Vakhtangov Theater. In addition, it commemorates the 850th anniversary of Moscow and the 75th anniversary of the production of “The Princess Turandot” by Carlo Gozzi’s fairy tale.
END_OF_DOCUMENT_TOKEN_TO_BE_REPLACED 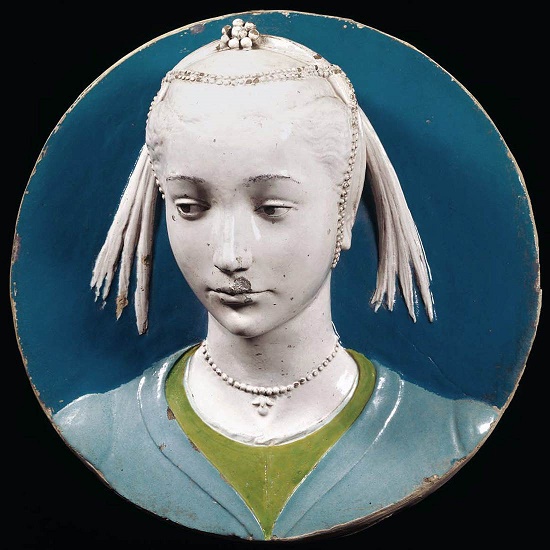 Italian Renaissance sculptor Luca della Robbia
Sculptor and jeweler of the Renaissance, full name was Luca di Simone della Robbia, the founder of the dynasty of artists, he devoted his whole long life to the service of art. Born in Florence in 1399 or 1400, trained in textiles and as a goldsmith before sculpture, however, he became known as a prolific sculptor of the early Renaissance. Patronized by the Medici, he achieved fame and wealth through glazed terracotta artworks. He performed many works, which rightfully occupy a prominent place in the history of the sculpture of the Renaissance. Worked in stone and terracotta, he was the follower of the humanistic movement. Noteworthy, he invented a type of representation of the Virgin and Child shown half-length in white on a blue background that proved highly popular. Set up successful studio in Florence, he kept the formula of his tin glazes a secret. However, the technical formula soon became the basis of a flourishing business. Worked closely with his nephew Andrea della Robbia (1435–1525). Unfortunately, Luca’s successors tended to sentimentalize his warm humanity.
END_OF_DOCUMENT_TOKEN_TO_BE_REPLACED 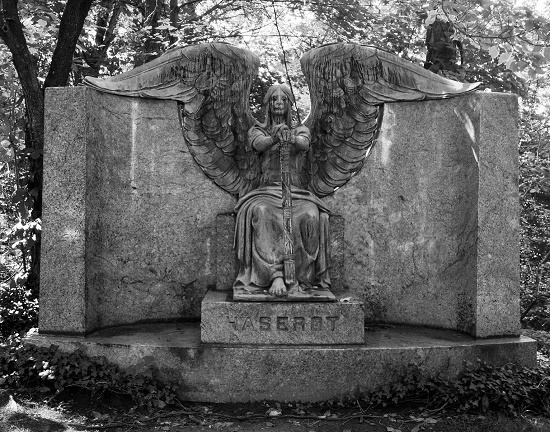 You probably saw the image of this gloomy angel more than once. This is the black angel named Haserot and here is his story.
A black statue of an angel stands in Lake View cemetery in Cleveland, Ohio. It stands over the graves of three people: a woman, her husband and her son. This statue has a rather strange look. Most of the angels in the cemetery usually stand with their heads raised and their wings spread, symbolically striving for paradise. However, the wings of the black angel are not straightened and he looks to the ground … to hell.
Also, the Black Angel has a very grim expression, with cold, strange eyes and empty eyelids. Many people are nervous. According to the visitors to the cemetery, they feel uncomfortable in the immediate vicinity of the statue. Besides, they claim that they thought the statue was following them.
END_OF_DOCUMENT_TOKEN_TO_BE_REPLACED 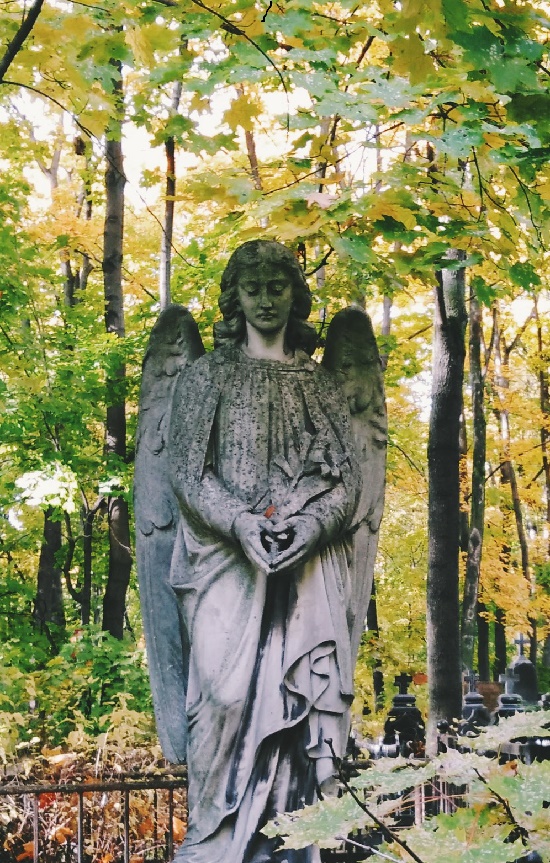 Moscow necropolis – Vvedensky cemetery monuments
The more I look at the monuments and sculptures, I come to the conclusion that the most touching and impressive monuments are in the cemeteries. For example Vvedenskoye cemetery, which, in addition, according to local residents, hides many secrets. A dead hand and a gravestone on wheels, underground catacombs and inscriptions on the crypt, a sacred “Vampirka” and a recipe for salad olivier blown to the grave.
One of the most picturesque, if I may say so, cemeteries of the capital emerged in 1771 during the Moscow plague. Initially, mainly people of the Catholic and Lutheran faith, popularly called “Germans” were burried here.
The patina of neglect, inherent in any churchyard, is special here – natural, lively, filled with romance. Along the avenues and paths stretch plaster vases and marble crucifixes, tombstones with Gothic inscriptions and unusual chapels, mournful female figures and angels with wings down. There is a special charm in leisurely walks along the Vvedensky cemetery. Squeezing between the fences and analyzing the inscriptions on the tombstones, you experience not only sorrow and despondency, but also the need to reflect, open the book, get acquainted with the stories hidden behind the monuments to the departed people.
END_OF_DOCUMENT_TOKEN_TO_BE_REPLACED