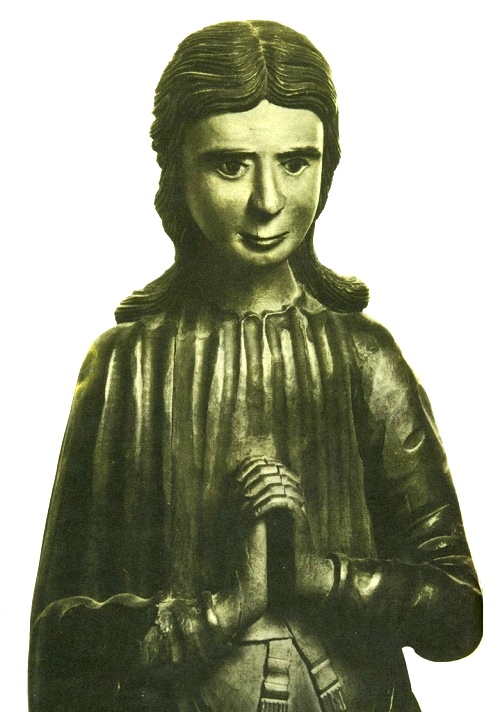 Perm Gods Wooden Sculpture
Komi-Permian treated sculptures with a touching love and awe. They dressed their wooden gods as living – in clothes and wooden shoes, brought them treats and gifts. Permians believed that the wooden gods came to life at night and went to the temple, so they regularly changed shoes of their gods. A rich selection of “Perm Gods” has been collected by Nikolay Serebrennikov. In the 1920s he organized several expeditions to the old villages in the north of the Perm Region for the collection of unique sculptures. Expeditions were not simple. Serebrennikov recalled, “For all the trips I had to travel 5083 miles, of which 2059 kilometers by horses, 2105 by steamer and 919 miles by rail.” Total 195 sculptures have been collected in six expeditions! And that’s not counting the various vintage items.
END_OF_DOCUMENT_TOKEN_TO_BE_REPLACED 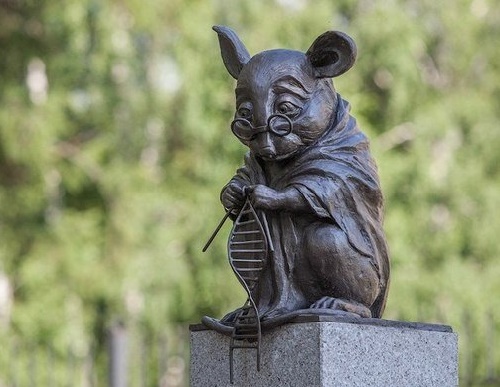 The Monument to laboratory mice for their services to science was installed in the square not far from the local Academic Institute of Cytology and Genetics of Siberian Branch of the Russian Academy of Sciences. The bronze monument shows a mouse in a lab coat and glasses, knitting with needles the DNA double helix. The monument was opened on July 1, 2013, to the 120th anniversary of Novosibirsk. According to the Institute Director, Academician Nikolai Kolchanov, a monument symbolizes the gratitude of the humanity for the animal, for the use of mice to study the genes of animals, molecular and physical mechanisms of diseases, development of new drugs. Sculptor Alexey Agrikolyansky, who embodied the idea into life, admitted that to do this was not easy, because the mouse is not a human, and it was necessary create it with emotion, character, find a cross between a cartoon character and a real mouse, and keep anatomical parameters of it.
END_OF_DOCUMENT_TOKEN_TO_BE_REPLACED 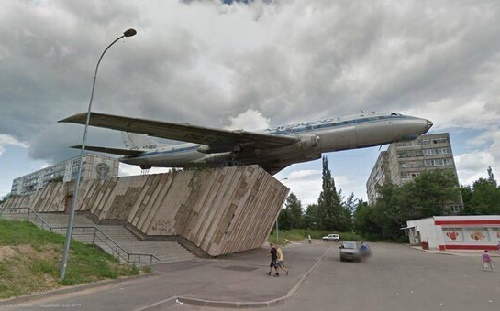 Every day, the locals of the Jester Mountain district (in Russian – “Skomorokhova gora”), which is in Rybinsk of Yaroslav region, pass by the real aircraft mounted on a usual street, not far from the railway station. They get accustomed to this monument so much, that it has become an integral part of the urban environment. In other words, no one pays attention to Tupolev Tu-104 monument in Rybinsk. It has long been gone from the memory – where the plane originated, how and when it appeared in the middle of the city. When it was installed, whose idea it was to put the aircraft in this place and why? And what was its fate before the eternal parking?
END_OF_DOCUMENT_TOKEN_TO_BE_REPLACED 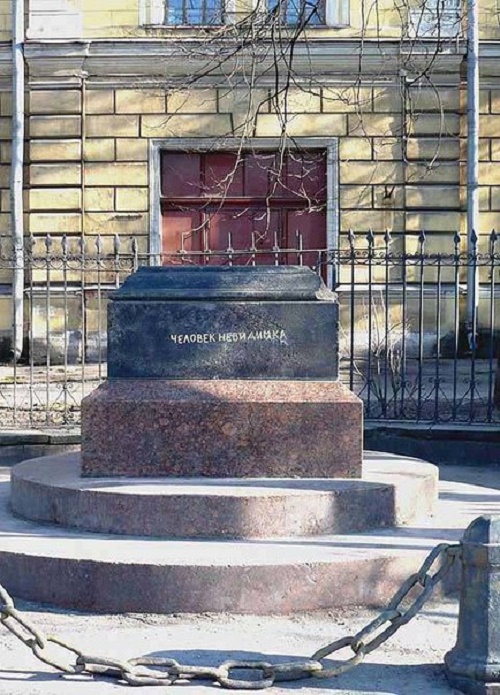 Invisible Man Invisible Monument
Among the many new and unusual monuments, which appeared in the most crowded and famous places of St. Petersburg, one stands out as absolutely extraordinary. It is a monument to Invisible Man, which, in fact, is a granite pedestal. Located at Fontanka, 132, just in front of the mental hospital №7, a few minutes walk from the metro station “Institute of Technology”. Gold letters on the rough granite display: “Monument to Invisible Man.” The story of the monument to the Invisible Man started back in 1892, five years before the publication of the novel by H. G. Wells “The Invisible Man” in 1897. However, the Story behind monument is a complete mystery.
END_OF_DOCUMENT_TOKEN_TO_BE_REPLACED 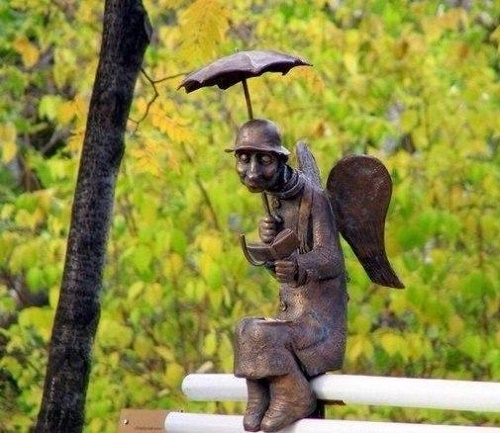 Saint Petersburg Bronze Angel settled on a bench in Izmailovo park. He hides under an umbrella and reads a book – a real Petersburg resident – intellectual. Angel gives a good mood and fresh thinking to all those who sit down next to him on the bench. Izmailovo is a beautiful garden in St. Petersburg – with quiet alleys, maple trees, and cozy benches. It makes you want to sit down on one of them and read an interesting book. However, on the same bench the reader is already sitting. So called “Petersburg Angel” – sculpture, which appeared in the Izmailovo Park October 12, 2012. A small bronze angel in long-skirted rumpled coat and funny old-fashioned hat perched on the bench back. From the rain, he is hidden under the umbrella and carefully reads his wise book. The author of the bronze sculpture is the famous St. Petersburg artist Roman Shustrov. By the way, he is the creator of a huge number of decorative dolls.
END_OF_DOCUMENT_TOKEN_TO_BE_REPLACED 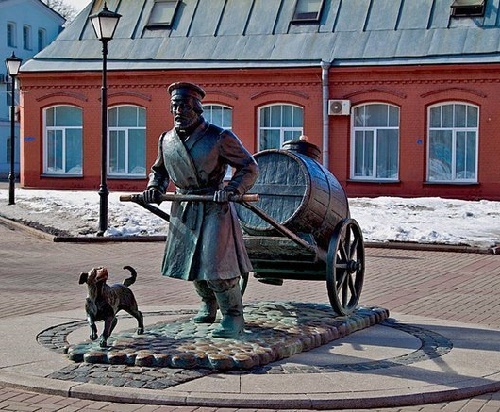 Well, who would have thought in the 19th century that such necessary and important professions as a water carrier, a chimney sweep and a lamplighter would have disappeared? And could anyone even think there would be such fantastic professions as a programmer, bio-engineer and an absolutely incredible profession of panda hugger? And what a great idea – to keep the memory of the disappeared professions in the form of beautiful monuments! Among such disappeared profession monuments are – the Monument to Water Carrier, Monument to Lamplighter, Monument to Chimneysweep. The list is incomplete, as, according to scientists and futurists, due to technological advances, in the nearest future will disappear such professions as Mail carrier, Fisher, Flight attendant, Floral designer, Travel agent, Farmer, Librarian, Teacher and more….
END_OF_DOCUMENT_TOKEN_TO_BE_REPLACED 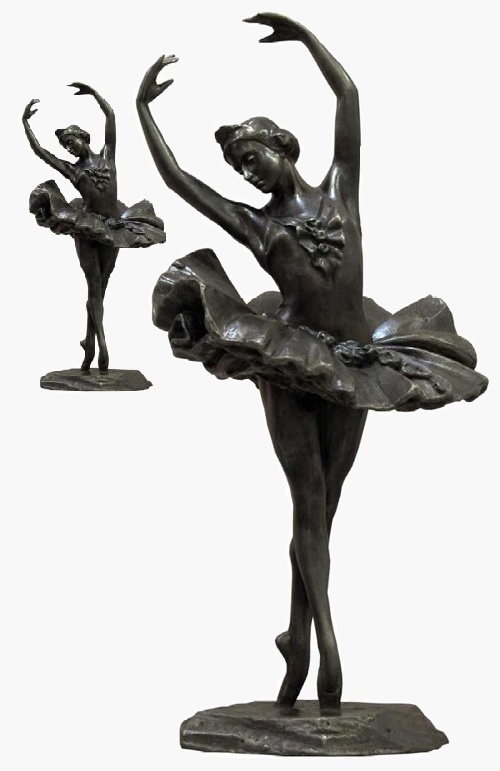 Ballerina Sculpture by Elena Yanson Manizer
This gypsum sculpture of Ballerina was made in 1933 in the USSR. The author of the sculpture – Elena Yanson-Manizer (1890-1971) – a famous Russian sculptor and graphic artist with a subtle sense of ballet. The author has created a series of sculptures devoted to such ballet performances, as “Swan Lake”, “The Fountain of Bakhchisarai”, “Romeo and Juliet”, and “Egyptian Nights”. Works by Yanson-Manizer constitute the “golden fund” of Soviet sculptural plasticity of the twentieth century, and many of them exhibited in museum collections, such as the State Tretyakov Gallery, the Russian Museum and others. As for the sculpture in the above photo, it is not just a collective image of an abstract ballerina – it is a legendary dancer of the XX century Natalia Dudinskaya.
END_OF_DOCUMENT_TOKEN_TO_BE_REPLACED